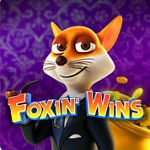 Foxin Wins slot is a stylish 25-line 3D offering from NextGen Gaming. Meet the handsome, suave fox in his dinner jacket and tie as he saunters along the reels enjoying the high life! You will also meet his whole aristocratic family, including cute little foxes who all bring extra wilds and big cash rewards.

Enjoy two bonus features with free spins and multipliers, along with wilds for more winning opportunities and scatters for increased payouts. All this along with great HD graphics and animations!

Plus, check out Foxin Wins Again slot, the latest version of this foxy favourite, with 50 paylines and Second Chance feature.

Foxin Wins slot features symbols such as Mr Fox himself, along with swanky sports cars, wads of cash, gold fountains, a mansion and high cards.

Mr Fox is wild and substitutes for all other symbols except the scatter to create more winning combinations. If you spin 5 wilds across the reels at once you hit the 2,000 coin top payout. 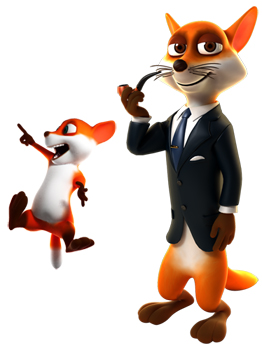 Look out for the pots of gold as these are the scatter symbols in Foxin Wins slot. Hit 3 or more of these icons to trigger the Free Games feature which gives 10 free spins along with increased wilds

An extra feature is the Super Bet option. This increases your chances of spinning a wild win by adding more little foxes to the reels. These little fox cubs turn more symbols into wilds randomly, for massive winning opportunities.

There are two bonus games in Foxin’ Wins: Foxy Funds and Leprechaun Shake Down.

The Foxy Funds bonus is triggered randomly after any payout. If you are lucky enough to see this fun feature, you can expect an extra boost added to your bankroll in the shape of an increased payout from the Foxy Fund!

Leprechaun Shake Down bonus is also triggered randomly. We love this random bonus idea as it means you always have the chance of hitting the feature, however much money you are playing per spin.

During the Leprechaun Shake Down, you get a wonderful animation where Mr Fox scampers across the screen to catch a cheeky leprechaun! Once Mr Fox has him in his grasp, he shakes the little fella until gold coins rain down and flood into your bank balance.

There is also a Gamble feature in Foxin Wins slot which gives you the chance to gamble your winnings on the turn of a card. This could result in a double or even quadruple increase to your payout!

Simply guess the correct card colour and/or suit – but if you get it wrong you forfeit your cash from that spin!

For more animal slots action with great graphics, check out White King slot and join the majestic lion for 40 paylines and stacked wilds. 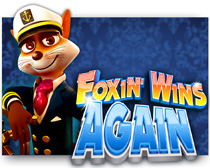 Foxin Wins Again is the latest version of this cute, cunning and furry slot game. The difference between the original Foxin Wins slot and the new Foxin Wins Again slot is that the newest game has 50 payines instead of the previous 25, along with a couple of new features, including many more wild symbols.

When playing Foxin Wins Again slot, if you hit 3 or more Bell symbols you will trigger 10 free spins with a 2x multiplier.

On top of this, you also get a Second Chance option, which means if you aren’t happy with your wins from a feature, you can play again and hopefully improve your payout! Play all 50 paylines with anything from 1p up to £2 per line. 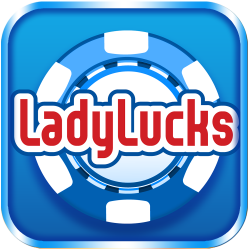